From The CES Blog

When it has to be Sterile

Production consumables are used in diverse healthcare facilities including compounding pharmaceutical rooms, aseptic manufacturing lines, and biotechnology laboratories. Obviously, in these facilities the consumables must be absolutely sterile so as not to contaminate the end product.

STERILITY IS INVISIBLE TO THE NAKED EYE

The sterility of articles cannot be assumed; it must be proven. The difficulty is that non-sterility is not immediately apparent. You can’t distinguish between two identical items – one sterile, one non-sterile – with the naked eye. The organisms of concern – bacteria, viruses, fungi, and spores – are too small to be seen without a microscope. So, you must rely on the consumer vendor to adhere to current Good Manufacturing Practices (cGMP) and validated procedures to provide truly sterile consumables.

As it turns out, the steps to produce validated sterile wipers (either dry or pre-wetted) is straightforward but consists of many actions that must be scrupulously followed. Fortunately, standards organizations such as the American National Standards Institute (ANSI), the Association for the Advancement of Medical Instrumentation (AAMI), and the International Organization for Standardization (ISO) provide guidance on the proper procedures for sterility validation. ANSI/AAMI/ISO Standard 1137, and European Union documents EN 552 and EN 1174, all dealing with sterilization of medical devices, are good references for what follows. It becomes clear that wipers are treated as if they were medical devices for the purpose of producing a validated sterile product.

WHAT LEVEL OF STERILITY IS REQUIRED FOR WIPERS?

Manufacturing facilities insist on a 1 part per million level of sterility. This means that only one wiper out of a sample of one million wipers will be non-sterile. Expressed another way, we want a probability of non sterility, also termed a Sterility Assurance Level (SAL), of 10-6. This can be achieved by gamma irradiation of wipers.

THAT’S IT?
JUST ZAP THE WIPERS AND YOU’RE DONE?

Typical data requirements for validated sterile wipers are as follows:

• Data to prove that the radiation level to achieve an SAL of 10-6 will not cause physical damage to the wipers or compromise their performance in
any other way.
• Wiper bioburden data from standard production lots on a quarterly basis.
• Data to demonstrate that the number of non-sterile units meets the validation method requirement when subjected to the validation dose.
• Data on the maximum and minimum irradiation dose mapping for each production lot of validated sterile wipers. Similarly, data on the irradiation loading configuration (within the irradiation chamber) for each production lot of validated sterile wipers.
• Data on packaging integrity of the irradiated product at pre-determined intervals. Only when all of this data is provided by the vendor with each production lot can the wipers be marketed and sold as “Validated Sterile Wipers.”

Read up to date Cleanroom News with Berkshire 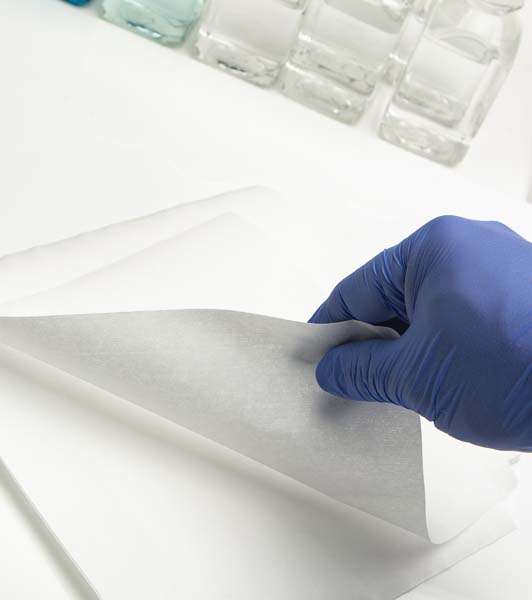 To be the No 1 specialist provider of branded cleanroom consumable products and contamination control supplies to companies manufacturing in critically clean environments.

Menu
Shopping Cart
Your Cookie Consent
We use cookies to optimise our website and our services. By clicking 'Accept All', you agree to the storing of cookies on your device to enhance site navigation and to analyse site usage.
Manage options Manage services Manage vendors Read more about these purposes
Preferences
{title} {title} {title}